A team of Valence staff are swimming the English Channel and will be dropping off some Mighty Adventurers along the way!

Each of our 16 classes have started a Mighty Duck' story. We are hoping that should you find one of our ducks, you will take them on the next stage of their adventure and tell us about it. You might even decide to send them on another adventure after they have visited you!

Keep reading to find out what to do

Bob is our class Hawking 5 duck and this is his story: 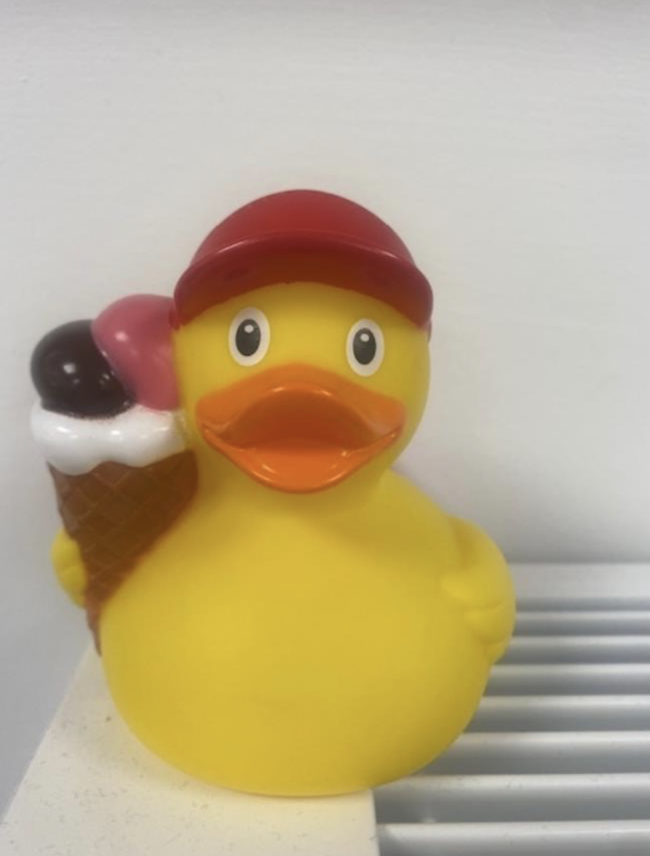 Bob lives in Italy. One day Bob took his cornetto and decided to float across England. Bob drives a Lamborghini.

He works in the ice cream parlour in Greenwich. Turns out the ice cream he makes has magical powers that makes everyone float after they eat it. And then he fell asleep and woke up again. When he woke up he watched the TV. He watches Top Gear.

He also has a pet fox called Frank. In the evening he likes to eat mint choc chip ice cream. His favourite colour is red. His car is orange.

Bob drives his orange Lamborghini to a lemonade stand. Bob takes Frank to Valence School to give them lots of ice cream, whilst singing the Duck Song.

Can you complete Bob's story?

Maybe you could send a photo of his adventures with you ?

You could even send him on another adventure

Please email: supporttheswim@valence.kent.sch.uk with the details of Bob's adventures